In Alianza Team we have been working for more than twenty years to generate value in our surroundings, watching over integral results that contemplate economic, environmental and social impacts. In line with the recent conclusions that have resulted from important conferences and scenarios that deal with economic development and competitiveness issues, such as the World Economic Forum in Davos, Switzerland, it was declared that in the decade stakeholders will be the protagonists, since shareholders will not be the only ones who will decide on the future of private organizations.

It fills us with great satisfaction that for more than 20 years, it is our shareholders themselves who, through the leadership and decisions made at the Board of Directors’ meetings, have driven Alianza Team’s principles and values to nourish a better tomorrow with a strong conviction to leave a better tomorrow for future generations through the comprehensive management of opportunities and risks taking into account the needs and expectations of all our stakeholders. 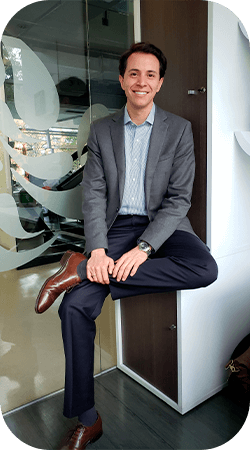 As the seventh material priority issue, during 2019 progress was made in consolidating corporate risk management, articulated with important processes within the organization such as auditing, operations and corporate affairs to generate greater impact and awareness within its execution. This has allowed for improved sensitivity in ratings and assertiveness in the presentation of risk levels and the controls associated with each of them. As an integral part of the scheme of the three security rings that we promote within the organization, the visits, identifications and assessments and treatment plans that are developed together with the leaders play a fundamental role in the sustainability and care of the organization.

Once communicated, type 888-265-9894 and select the language. Each complainant will be given a PIN to return to the system and receive feedback on their reported case.

In terms of risk management, 98% of the risks identified during the previous year (2018) were covered and a consolidated residual risk assessment of moderate, with the result remaining constant compared to 2018. In the four categories of risks that are managed based on the international methodology ISO31000 and the COSO ERM 2017 model – strategic, financial, operational and compliance – we are working to classify them additionally according to cross-cutting impacts of sustainability, climate change, reputation or others, thus allowing a greater correlation between potential impacts and controls within the organization.

We have 107 identified risks associated with the four pillars that are currently managed in the organization, which in order of quantity are operational, compliance, financial and strategic. In turn, these risks cover issues related to the three dimensions of sustainability (economic, environmental and social) so their integration within the corporate sustainability strategy is a key cross-cutting basis. We kept constant the generation of action plans to mitigate new and existing risks, and to strengthen controls that will present some weaknesses. Likewise, we identified opportunities for improvement in some processes that reinforce our corporate commitment to continuous improvement.

Our Legal team in The Legal 500 GC Powerlist 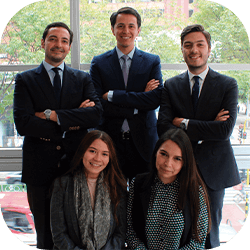 This recognition is another sign for the organization that we have the best talent. The legal team of the Vice President of Corporate Affairs was included in the list of the 100 most influential and innovative teams in the country in the 2019 Teams category. We are among the eight food companies included in the ranking. Congratulations to the team that advises, guides, manages and protects the integrity and reputation of the organization with its commitment and professionalism, ensuring compliance in all activities to continue to nourish a better tomorrow. 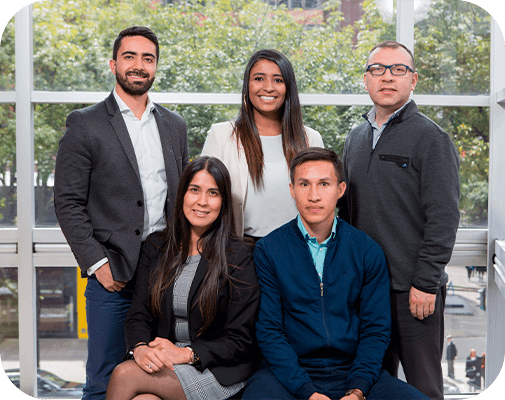 During 2019 the world economy continued to slow down, mainly due to trade tensions and high geopolitical risks. At the end of the year, the environment was marked by falling oil prices, increased market volatility and high uncertainty associated with the reduction in world trade.

Latin America has maintained very low growth, explained by a high dependence on commodities in a context where commodity prices are relatively low and world trade is not very dynamic. In addition, there has been a reduction in domestic demand, a period of government change in many countries and a sharp devaluation in most currencies.

One of the countries that suffered a strong impact during the last quarter of the year was Chile, which in the midst of a social explosion, had a decrease in its growth and in face-to-face trade sales in the metropolitan region, where they closed 2019 with a drop of 4.4%.

In this environment, we managed to maintain our profitability levels, growing in sales to continue consolidating in the market, thanks to a careful control of expenses, working capital, cash flow optimization, and an optimal management in the purchase of raw materials to manage the volatility of their prices.

We would like to highlight that we closed the year with excellent results, increasing our revenues by 12.3%, our EBITDA by 17.4% and maintaining the profitability of our assets, generating value not only for our shareholders with profitable growth but also for all our stakeholders.

*For better visualization, place your mobile device in horizontal position